War of the Dead One 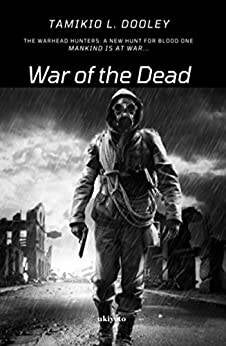 Gallagher family faces a new poisonous society. They battle evil soldiers known as Black Wings Soldiers. The troops seek to destroy humankind in Coldfoot, Alaska. While the days stay frozen, the deserts take on frosty air, sweeping flurries across the once dusty roads. Dishonesty stumbles across the sole highways where something horrifying remains. One day, three friends travel to Alaska for a camping trip. They get a flat tire, soon forced to rest in the deserted snowfall. But one friend encounters her last night of freedom in an isolated cavern. Milania Alvarado awakes the five-star general of Black Wing Soldiers, Adelmar Staebler. Who are Black Wings Soldiers? Dead men fought in the Gnunchr War. But there’s smoothing uncommon about these zombies in Coldfoot. They not only eat mortal flesh, but they possess the power to wake the dead. Hunt for justice permeates the Gallagher family’s blood. Sam, Alex, and Lucy Gallagher remain true hunters. Join the new clan, the Warhead Hunters, as they once again fight for humanity in book one of Tamikio L. Dooley’s The Warhead Hunters: A New Hunt for Blood Series, “War of the Dead.”

Shipping unavailable through the author's website. Order from the links.

War of the Dead One