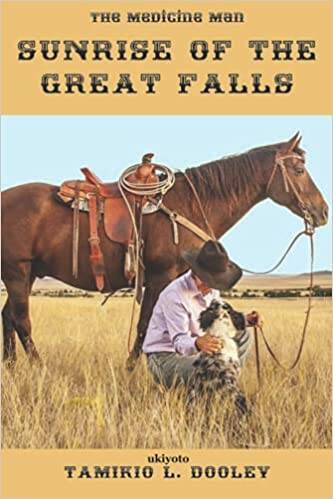 Great Falls, Montana hit with a severe swing of illness in 1901. Men, women, and children dying in their beds, even some identified in the meadows, inside wagons, buried alongside of their stallions.

In 1898, Red Depression traveled into Great Falls by one evil unknown man, then spread like wild flowers with crimson poison. The illness suffocates the body with the flaming intensity, confusion attacks the brain like a wandering virus, and some struck with fire as a dead deer upon a bonfire. Exhaustion from frailty and fatigue, death occur to some individuals with the quickness!

Earl Jones, known as The Medicine Man in Great Falls, the city’s only chance of survival, not only does he know his medicine and practices, but he carries something quite special within him, the gift of healing. But he doesn’t have the gift to heal Red Depression.

But there are two things standing in his way, the Jefferson Brothers, two powerful rich lawyers and a banker of Black Eagle, and a lady he seems to fall for dearly, Henrietta Alston.

Earl carries a lot on his plate and it’s not just sick, dying people. He deals with prejudice, gluttony, lust, loathing, and possibly hardheartedness, a heartfelt story of devotion and passion, one man, one road to survival.

Shipping unavilable through the author's website. Order from links.

The Medicine Man Sunrise of the Great Falls

The Medicine Man Sunrise of the Great Falls - Flipbook | Ukiyosk